Your failure or limitation do not limit the almighty God

Your past failures or limitations could look like an obstacle for you to fulfill your destiny planned by God, don’t they? I thought the same way when I faced with failure and restriction in my spiritual life. Confusion, discouragement, and even sadness can overwhelm you in such unpredicted turns of life.

However, you must understand that your failures or limitations do not limit God. Nothing gets Him by surprise. He would not say, “I never thought like it” or “I did not know about it.” He knows all about you and your life even before you are formed in your mother’s womb. All the details of your life and even days are written down in his book even before you started living one day here. Do you understand, He is the one who ordained every single day of your life. Nothing is hidden from his knowledge and sight. Additionally, whatever things happened to you had to go through His loving hand first. He had to approve it before it happened.

Often the lives of faith warriors in the Bible reveals a secret. The sad situations in your life could very well be God-ordained opportunities to fulfill God’s planned destiny in your life, although it looks unpleasant and scary to you.

Do you hear severe pain in the words of Noami? She said, “I went away full, but the LORD has brought me back empty.” Due to a famine in Judah land in Bethlehem, she and her husband Elimelek, a Jewish couple, along with their two sons, went from Bethlehem to the country of Moab for food. There in Moab Elimelek died. She had two sons after the death of her husband. Now both of her sons were married Moabite girls. Both men have also died. Finally, she was left alone without her husband and sons.

She was a widow with no help in a foreign land haunted by the memories of the past.

Is there a future left for Noami? When you read the book of Ruth in the Bible, “surely there was a future destiny planned by God even through her disastrous tragedies. Her hope was not cut off. The book ends with this beautiful scene of Naomi having her grandson, Obed, in her arms. Verses 16 and 17 of chapter 4 says, “Then Naomi took the child in her arms and cared for him.  The women living there said, “Naomi has a son!” And they named him Obed. He was the father of Jesse, the father of David.” The women of Bethlehem said now Naomi has a son! Her grandson did not come through her sons. God had a foreordained different plan in her tragedies. Obed was the grandfather of David, the great king of Israel, and through His line the Son of David and the Son of God, Jesus Christ came into this world.

Suppose you can say God of Naomi is your God, the living God in heaven, the God of Israel, who revealed Himself through the pages of the Scripture called the Bible and revealed to us in these last days through His Son, Jesus Christ, who came to this earth, died, buried and rose again according to the promises of God in the ancient Scriptures, then you have a future amid all the difficulties and tragedies. Your hope will not be cut off.

“Father in heaven, I believe in the God of Naomi, the living God in heaven, who sent His one and only Son, Jesus Christ, to save me and grant me eternal life. I accept Jesus as my savior, and please come to my life and bless me with the promise of the blessed future and hope. In Christ’s name, I pray. Amen.”

Be reconciled to God! It is still possible now! “All[...] 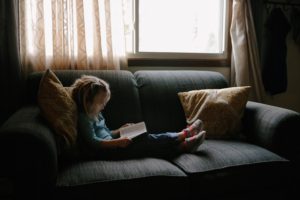 Weekly Insight – Do you have a friend who never leaves and always sticks with you? If not have Him today for the New Year.

"Trust in the Lord with all your heart and lean[...]

I can do all things through Him who strengthens me.[...]