“When they had seen him, they spread the word concerning what had been told them about this child, and all who heard it were amazed at what the shepherds said to them.” Luke 2:17-18.

When God is up to do something unique in your lives, it is going to be unfamiliar and unusual to you. The result could very well be a troubled heart and resultant fear. The three main people in the first Christmas experienced the same trouble and fear and they were Joseph, Mary, and the shepherds.

Gabriel appeared to her and said, “Greetings, favored woman! The Lord is with you!”
Confused and disturbed, Mary tried to think what the angel could mean. “Don’t be afraid, Mary,” the angel told her, “for you have found favor with God! You will conceive and give birth to a son, and you will name him Jesus.” “Mary asked the angel, “But how can this happen? I am a virgin.”

A young teenager Jewish girl totally confused and disturbed when the God of the universe expressed through His angel His plan for Mary.

As Joseph was puzzled because his fiancee was found with a child and pondered over this never heard incident, an angel of the Lord appeared to him in a dream. “Joseph, son of David,” the angel said, “do not be afraid to take Mary as your wife. For the child within her was conceived by the Holy Spirit.

A young groom who was ready to get married was confused, disturbed and worried when God expressed His will for Joseph’s life. Never heard off the event-virgin carry a son. However, Joseph fulfilled God’s plan for his life.

Thirdly, the shepherds were terrified. It says in Luke 2:8-10, “That night there were shepherds staying in the fields nearby, guarding their flocks of sheep. Suddenly, an angel of the Lord appeared among them, and the radiance of the Lord’s glory surrounded them. They were terrified, but the angel reassured them. “Don’t be afraid!” he said. “I bring you the good news that will bring great joy to all people.”

The terrified shepherds were given the direction to go to Bethlehem and see the baby wrapped in stripes of clothes in the manger. They did obey and fulfilled God’s plan in their lives. How? “After seeing him, the shepherds told everyone what had happened and what the angel had said to them about this child.” Did they spread the news of this wonder to their family only? No, they told everyone! It appears the first human gospel outreach was by poor shepherds. They simply spread the word told by the angels to everyone they saw and all the people were amazed. Be not afraid – step out in faith to spread the good news God asked you to share.

May this Christmas be a day that God directs your steps for a unique mission He planned for your life. Did you ever think what is the divine mission in your life? God has a unique plan and purpose for your life.

Remember when God try to do amazing things in your life, confusion, trouble, and fear comes along with it as the first Christmas teach us. However, this was biggest of all events God had done for humanity. He fulfilled it in the midst of confusion, trouble and people’s fear. He said to Mary, Joseph, and the poor Shepherds- do not be afraid. He says to you do not be afraid. Fulfill His plan for your life.

The birth of Jesus Christ into this earth, the Son of God,  was foretold almost eight hundred years ago in Holy Scripture. Jesus did not begin in Bethlehem. He was God all through the eternity and He became one among us in flesh and blood to rescue us and grant us eternal life. He was on a rescue mission. The purpose of His coming into this world is fully accomplished on the cross of Calvary when he paid with His divine and sinless blood the penalty for our sins. Jesus was the Immanuel – God with us- wrapped in flesh and blood. God has dropped only one lifeline – Jesus, His Son- to save us from our sins. All those who accept Jesus as the savior, God gave them the right to become the children of God. You can become the child of God and inherit all God has in heavenly places by a simple prayer now.

“Father in heaven, I believe Jesus Christ, your Son, was born into this world on that first Christmas day to die and pay for all of my sins. I accept Him as my savior and Lord. Jesus, the savior, please save me now. I surrender my life for the fulfillment of your divine plan. Please guide my steps so that I will fulfill your purpose. In the midst of my confusion, trouble and fear, I lean on you for your divine guidance. In the name of Jesus Christ, I pray.” Amen 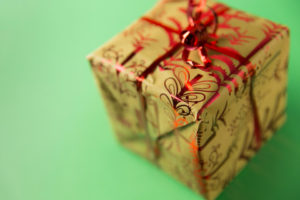 Season of Joy and glad tidings. By the way, what is Christmas all about?

Ponder the Wonderful Benefits # 5, Satisfies your years with good things and Renews your youth like eagle’s. Click to read more…

He satisfies your years with good things and renews your[...]