“She thought, “If I just touch his clothes, I will be healed.” Immediately her bleeding stopped, and she felt in her body that she was freed from her suffering.” (Mark 5:28-29)

Jesus crossed over by boat to the other side of the lake. A large crowd, as usual, gathered around him while he was at the lake. Based on a request from Jairus, one of the synagogue leaders, Jesus Christ was going to the house to heal his daughter before she dies. A large crowd followed and pressed around Him. There was a woman who heard about Jesus Christ and His power to heal. She had been subject to bleeding for twelve years. She spent all the money she had with many doctors. However, it says she was not only not cured, but also her bleeding issue just got worse over the years and when she heard Jesus is there, she came up struggling through the crowd because Jesus was surrounded by a huge crowd and touched his clothes. The reason why she did is stated in the description. She thought in her heart that, “if I just touch his clothes, I will be healed.” Immediately when she touched the cloth of Jesus, her bleeding issue stopped, and she felt in her body that she was freed from her suffering.” It was an instant and miraculous healing she received because of her faith in the Lord Jesus Christ.

Then when Jesus realized that power had gone out from him, He turned around in the crowd and asked, “who touched my clothes?” His disciple thought that was a ridiculous question because the huge crowd of people was pushing and crushing him. They thought how could Jesus the question, who touched his clothes because didn’t He know that the multitude was touching and driving him on his journey? When the woman heard the question, she fell on the feet of Jesus trembling with fear and told the whole truth. Jesus said to her, “Daughter, your faith has healed you. God in peace and be freed from your suffering.”

Beloved, the woman was desperate because she spent all her money with many doctors and her issue only got worse, and she became hopeless. She lost all her money, and now she lost all her hope for the future. However, when she took her desperate and hopeless condition to the one who can genuinely help, she got the help. She heard about Jesus Christ, and she believed in her heart, if I can make a way through that massive crowd and somehow go behind him and touch the end of His clothes, I will get healed. This is the faith and trust in Jesus Christ that He testified in front of the crowd.

Are you in a desperate and hopeless condition? You need to get up and come to Christ and place your faith and trust in Him. Then you will discover incredibly how much wonderfully and supernaturally He would meet your need.

She did not stay in her home brooding over her hopeless situation, did she? May I ask you this? If you were in such a desperate situation, what would you do? I would say what this woman did. She stepped out of her house by full faith in the Lord Jesus Christ. Her faith is proved by her action of struggling through the massive and pressing crowd to touch Christ Jesus. She got the conviction of the Holy Spirit of God that Jesus Christ, the only savior of the whole world, can and will heal her. That was the right thing to do. The Holy Spirit of God guided her legs and feet to Christ Jesus. Her faith in Christ rewarded her richly on that day. Jesus said to her the truth- “Daughter, your faith has healed you. Go in peace and be freed from your suffering.” Her faith in Christ brought her healing, peace and freedom from suffering.

Beloved, I do not know what you are facing today? However, I can point you to Jesus Christ, the Son of God, who loves you. I believe the Holy Spirit of God would lead to Christ Jesus now. I hope the Spirit of the loving God will convict your heart with His promises. He died for all of your sins on your place. Jesus paid the penalties of all your sins. Then He rose again victoriously from the dead. Jesus Christ can and will solve all your issues. God loves you and has a future filled with peace, hope, and freedom. Would you call His name today by full faith in Him?

Got a moment for today’s prayer? “Father in heaven, I believe in the name of Lord Jesus Christ that He died and rose again for all of my sins. Please save me now Lord. I believe he is willing and able to help and solve my issues. I believe in Him as this woman who had suffered from the bleeding issue for twelve years. Please give a future filled with hope, peace, deliverance, and freedom. In Christ’ name, I pray. Amen.” 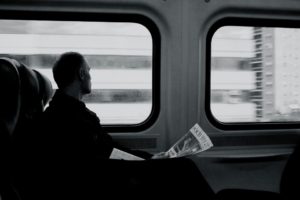 Come alongside and encourage for as long as we can still say, “today”.

Come alongside and encourage for as long as we can[...]

“So she departed and went and gleaned in the field[...]