A beautiful flower in the garden of God joined the blessed today.

“Then I heard a voice from heaven say, “Write this: Blessed are the dead who die in the Lord from now on.” Revelation 14:13.

One of the elders in the assembly I have grown went to be with the Lord today at age 93. We had three elders in our congregation. One of them was my father, who went to the presence of the Lord in 2006. The second one departed today. And the third elder is sick and on the bed ready to go to the Lord. Today’s Bible verse was cited with the announcement of his departure. “Blessed are the dead who die in the Lord from now on.”

There is a second set of death. Jesus Himself said they die in their sins because they never bothered to accept God’s forgiveness, salvation, and eternal life God offered in Him. As a result, their sins are not forgiven, and they are never reconciled to God before they depart from this earth.

Beloved, which group would you belong at the time of your departure? Would you die in the Lord and present in heaven with him at the moment of your death? Or Would you die in your sins without forgiveness and salvation and be away from the presence of the loving Lord and all the blessings?

The Bible talks more about those who die in Christ in 2nd Corinthians 5:6 and 1st Thessalonians 4:13-18 and other passages. Per 2nd Corinthians 5:6 those who die by accepting Christ as their savior would be at home with the Lord in heaven instantaneously at the time of their departure. Their bodies goes to the grave. However, their spirits goes to the presence to the Lord in heaven.

Both groups, those who already died in the Lord Jesus and the living believers at the time of Christ’s coming, would be caught up to the air to be with the Lord always. This event is called the rapture. The Bible says comfort one another with these words. Yes, we do need the comfort of this beautiful hope of the Word of God, as we live in a fragile body without knowing the time of our departure.

Beloved,  those who died professing their faith in Jesus as their savior and those who live at the time of his coming, both are blessed. I would say the living believers at the time of the coming of Christ have a special privilege because they do not go through the gates of death,  as they would be transformed immediately without experiencing death.

Would you pray and accept now the blessing of future hope and security offered by the loving God?

“Father in heaven, at the moment of my death, I want to die in the Lord. I do not want to die in my sins. Thank you, Jesus came to this earth, died, buried, and rose again for all of my sins. I believe in Jesus and accept Him as my savior and Lord. Please forgive me and grant me forgiveness, salvation, and eternal life. In the name of Jesus Christ, I pray. Amen.” 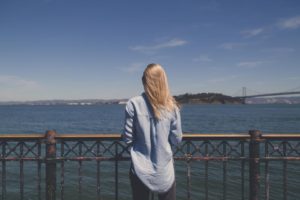 After accepting Jesus Christ what should I do next or remember?