Are you fearful and worried about your future security? Discover how the jailer exchanged his fear with joy and gladness.

A general and common question of humanity down through the centuries is this important question asked by a jailer and mentioned in the Bible. The question is asked by a jailer when he was afraid and was about to kill himself when he thought about his future security.

The man and the reason for fear

Not much described the identity of this man called the ‘jailer’. Many of the opinion that he was in charge of keeping the prisoners so that they would not escape from prison. This incident happened in the city of Philippi which was a Roman colony and an important city in the first century AD. He must have been a person who proved his ability in the past in serving as a soldier in a Roman Army or served in a mission. Usually, the position of a jailer is held by someone who would be retired from such a background.

You see on that night Apostle Paul and Silas, two missionaries of Jesus Christ were arrested and placed in jail because of their Gospel work of spreading the word of Jesus Christ. The crowd in the city took hold of them attacked them. Then the magistrates ordered to strip and beat them with rods. After sever flogging, they were thrown into prison, and the jailer was commanded to guard them carefully. When the jailer received the special orders regarding them, he put them in one of the inner cells and fastened their feet in the stocks.

Beloved, even though they were attacked, stripped and beaten and placed them an inner cell by fastening their feet, in the midnight hours Paul and Silas were praying and singing hymns to God, and all prisoners were listening to their prayers and singings. As they were praying and praising God, God sent a sudden earthquake, doors of the prison were opened, and every prisoner’s chain came loose.

Beloved, this was the occasion of the fear of the jailer because he thought the prisoners had escaped. However, Paul shouted in a big voice and said, “don’t harm yourself! We are all here!” At that time the jailer asked for lights, rushed in and fell trembling before Paul and Silas. He took them out of the cell and asked, “Sirs, what must I do to be saved?”

Who alone offers salvation/security for the future?

Bible describes God as the only savior. It declares no king/a leader can save people. Temporal and eternal salvation comes from God, although in His sovereign and omnipotent power He order/directs/enables people to help you. But the source of all salvation –temporal and future in God Himself. Hosea 13:4 says, “you shall acknowledge no God but me, no Savior except me.” Isaiah 43:11 says, “I, even I, am the Lord, and apart from me there is no savior.” Isaiah 45:15 says, “a righteous God and a savor; there is none but me.” Isaiah 25:8-9 says this about God’s deliverance as the only savior, “The Sovereign Lord will wipe away the tears from all faces; he will remove his people’s disgrace from all the earth. The Lord has spoken. In that day they will say, “Surely this is our God; we trusted in him, and he saved us. This is the Lord, we trusted in him; let us rejoice and be glad in his salvation.”
God and savior come together in Bible verses and used synonymously (for Ex: Isaiah 45:15, 25:9).

The New Testament section of the Bible also uses the Greek word-groups for salvation in two meanings –temporal and eternal. However, eternal security and deliverance is the prime focus of the word group used in the New Testament. It addresses the deliverance from sin, spiritual death (absence of communication and fellowship with God), eternal death (eternal separation away from God forever), the devil. Salvation also connotes the meaning of the granting of eternal life. The New Testament also says God the Father planned the salvation of people even before He created the world and promised the savior of the whole world through the seed of the woman (Genesis 3:15), details of the seed of the woman and virgin birth is prophecied in Isaiah 7:14, Isaiah 9:6-7 and Isaiah 53 along with others in the Old Testament and fulfilled in the incarnation of the Son of God in the womb of Mary by the overshadowing power of the Holy Spirit (Luke 1:35) about whom the Bible affirms in Matthew 1:21, “And she will bear Son; and you shall call His name Jesus, for it is He who will save His people from their sins.” Matthew 1:23 looks back to the old testament prophecy of the Old Testament Scriptures by saying, “Behold, the virgin shall be with child, and shall bear a Son, and they shall call His name Immanuel, which translated means, “God with us.” Jesus is Immanuel-God with us.

Jesus is the savior of the world and all people in it are clearly emphasized in the New Testament. Luke 2:11 when an angel announced the birth of Jesus to shepherds who were watching over their sheep and said, “for today in the city of David there has been born for you a savior, who is Christ the Lord.” Acts 13:23 God has given the savior, Jesus about whom Acts 4:12 says, “Salvation is found in no one else, for there is no other name under heaven given to mankind by which we must be saved.” Jesus is the savior is stated in Ephesians 5:23. Titus 1:4 says God as our Father and Christ Jesus our savior. 2 Peter 1:1 says they receive salvation through the righteousness of God and the savior, Jesus Christ. The other passages that affirm Jesus as our savior include 1st peter 1:11, 3:2, and 3:18).

‘From’ and ‘to’ of salvation

How was it accomplished for you?

Bible says how did God accomplish our salvation. 2nd Corinthians 5:21 says, “Christ had no sin, but God made him become sin so that in Christ we could become right with God.” TLB translation graphically pictures this verse by saying, “For God took the sinless Christ and poured into him our sins. Then, in exchange, he poured God’s goodness into us.” 1st Peter 2:24 says what Jesus did in for us in full obedience with |God’s plan of salvation. It says, “He (Jesus) carried our sins in His own body when He died on a cross. In doing this, we may be dead to sin and alive to all that is right and good. His wounds have healed you!” TLB translates this verse this way, “He (Jesus) personally carried the load of our sins in his own body when he died on the cross so that we can be finished with sin and live a good life from now on. For his wounds have healed ours!”

What must I do to be saved and receive peace and joy?

Now coming back to the question of the jailer, “Sirs, what must I do to be saved?” Paul and Silas gave an immediate answer and it is the key answer.
The answer was, “Believe in the Lord Jesus, and you will be saved – you and your household.” They also spoke the word of the Lord to him and to all in his house. The jailer took Paul and Silas, washed their wounds from flogging the day before. The jailer and his family obeyed the word of the Lord by believing in Jesus and getting baptized. Then it says, the jailer brought Paul and Silas into his house and gave a meal to them. Watch it says after it the jailer was filled with joy because he had come to believe in God. You see believing in God becomes meaningful when you believe the savior of the whole world, Jesus, whom God the Father gave for your salvation.

You see, the jailer was fearful about his immediate security. God in the name of Jesus Christ gave temporal (immediate) and eternal security and salvation. This is the reason it stated he was filled with joy because he had come to believe in God.

Are you afraid/worried about the future?

Are you fearful about your immediate security of the future like Jailer once was? No matter what you are afraid of, the answer is one and only one. “Believe in the Lord Jesus, and you will be saved – you and your household.” Accept the truth that God loves you and gave His one and only Son, Jesus Christ, for your sins and shortcomings. Jesus carried all your sins on his divine body, went to the cross, and died there in your place. He was buried in a new tomb of the Joseph of Arimathea. But He is risen on the third day by the power of God to accomplish your salvation – temporal and eternal. (John 19-20). May this be a day of salvation for you in its entirety.

Would you pray with me now? “Father in heaven, I had the same question, what must I do to be saved? Thank you for giving me the answer. I believe in Your Son, Jesus Christ, who came, died, buried, and rose again for all of my sins. I accept Him as my savior and Lord. Please save me now. In the name of Jesus Christ, I pray. Amen.” 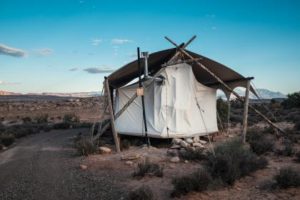 Do you know you can exchange your earthly tent to a permanent building?

Do you know you can exchange your earthly tent to[...] 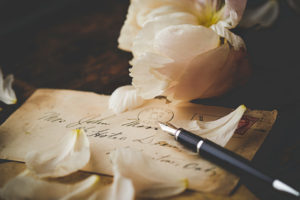 A brief historical background and the empowerment ‘thanksgiving’ provides in[...]