The absolute deity of Jesus Christ.

“I am the Alpha and the Omega,” says the Lord God, “who is and who was and who is to come, the Almighty.” Revelation 1:8.

Our today’s insight says who Jesus is. Jesus says, “I am the Alpha and Omega.” Alpha and Omega are the first and the last letters of the Greek alphabet. The next phrase interprets the first phrase. It says Jesus is the “beginning and the end.” (Revelation 22:13). These two phrases confirm the divinity and eternity of the Lord Jesus Christ. The third phrase says, “He is, He was, and He is to come.” This shows His ever presence in the past, now in the present, and in the future. The final phrase is “the Almighty.” The Almighty means all-powerful and all sovereign in authority.

Exodus 6:2-3 says this about God the Father, “God spoke further to Moses and said to him, “I am the Lord;  and I appeared to Abraham, Isaac, and Jacob as God Almighty.”

Listen! God, the Father, revealed Himself as the “Alpha and Omega, the Lord, who is who was and who is to come, and the Almighty” in the pages of the Bible. And the same titles are given to Jesus Christ as well.

Jesus is the Alpha and Omega, the beginning and the end, the Lord, who is, who was, and who is to come, and the Almighty. This shows and proves to us the absolute deity of Jesus Christ.

On that first Christmas day, Jesus who came to this world was none other than God who became flesh (John 1:14) to become your savior to save you from your sins and shortcomings. Verses 4 to 7 of Revelation 1 gives us a beautiful picture of the trinity or the triune nature of God.

It says. “Grace to you and peace from Him who is, and who was, and who is to come (God the Father), and from the seven spirits who are before His throne (the Holy Spirit), and from Jesus Christ. “Then it says more about Jesus-“He is the faithful witness, the firstborn of the dead, and the ruler of the kings of the earth. To Him who loves us and released us from our sins by His blood— and He made us into a kingdom, priests to His God and Father—to Him be the glory and the dominion forever and ever. Amen.  Behold, He is coming with the clouds, and every eye will see Him, even those who pierced Him; and all the tribes of the earth will mourn over Him. So it is to be. Amen.”

Jesus is the faithful witness who showed us the Father God; He is the first resurrected one from the dead not to die again. He is the ruler of the kings of the earth. Then it says, He loved us, released us from our sins by his blood. He made us be partakers in His kingdom; he made us priests to do the work of the Lord here now on the earth. He is going to come again in clouds. When he comes back on the clouds just as he was ascended into heaven through the clouds (Acts 1:9), every eye will see Him, even those who pierced him (referring to the Jews who crucified him). All will weep and mourn in remorse, fear of judgment, and punishment because He is the true ruler and judge of the world. The passage here talked about the second coming of Jesus Christ into this world to rule the earth as the right and appointed ruler by God, the Father.

“Father in heaven, I believe Jesus is God who became flesh to save me from my sins and grant me forgiveness and eternal life. I believe He faithfully showed us God the Father; He released me from my sins by paying with His blood. I accept Jesus as my savior and Lord. Please forgive my sins and save me today. In Christ’s name, I pray. Amen.”

How does a Biblical pattern of the New Testament Church look like?

The Biblical pattern of the New Testament Church The origin[...] 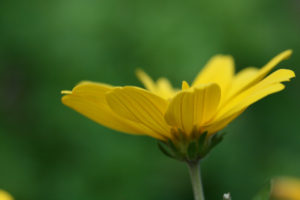 How long will you live in the past? Why don’t you embrace new things freely available? Ready? Read and move on.

The Best is Yet to Come-Why moral and natural evil in the world? The source and solution of evil…Click to read more…

The source and solution of moral and natural evil in[...]