The fire around you will not burn you; you would come out with more power, a new vision, and brand-new opportunities.

“If we are thrown into the blazing furnace, the God we serve is able to deliver us from it, and he will deliver us from Your Majesty’s hand. But even if he does not, we want you to know, Your Majesty, that we will not serve your gods or worship the image of gold you have set up.” Daniel 3:17-18.

Nebuchadnezzar was the king of Babylon who captured Jerusalem and Judah. He brought Shadrach, Meshach, and Abed-nego, three Jewish young men to Babylon as captives. They were faithful to God in heaven who determined no matter what they would not worship idols or images. The king issued a decree that all should bow down, worship in front of a golden image that he erected when the sound of the horn, flute, and music is heard. If anyone who would not bow down and worship the image will be cast down into a furnace of blazing fire.

Shadrach who was named Daniel and his three friends were Jewish men who were already made up their minds to follow and obey the LORD who made the heavens and the earth, even if they live in a foreign land full of idols. They said to the king, oh king, we already made up our mind, and there is no reason to change our mind on this issue. The living God in heaven is able to deliver us from the furnace of blazing fire, and He will deliver us from your hand. But even if our God does not, we will not serve your gods or worship the image of gold you have set up.

In a foreign land away from Jerusalem, although no one was there to watch them, these young men did not cave in to the pressures of the culture, did they? What an excellent model and example for us to follow in our culture that increasingly pressures us to compromise our Bible values and principles?

The king filled with wrath and gave orders to heat the furnace seven times more than usual. These young faithful men were bound and cast into the midst of the furnace of blazing fire. The furnace was extremely hot, and the people who carried the young men to the furnace were slew by the flame of fire. When threw them into the blazing fire, the three young men fell in the fire still tied up. As the king was looking at the flaming fire, he asked this question. Was it not three men we cast bound into the midst of the fire? His men said, Certainly, OH King.” Then King said “look! I see four men loosed and walking about in the midst of the fire without harm, and the appearance of the fourth is like the son of the gods.”

My dearly beloved, are you in a trial now? Fiery furnace trial is the most severe trial of your faith. The divine companion they had in the middle of the fire protected them from all harm. They safely came out because of the presence of the Son of God. Do you know, in the midst of the severe furnace the Son of God came down and walked with them?

King Nebuchadnezzar called the young men, ‘servants of the most high God.” King asked them to come out of the fire. They walked out of the fire, and verse 27 says the fire had no effect on their bodies, their trousers were not damaged and not even their hair damaged. It says there was not even a smell of the fire on them.
Do you know, the Bible promises in Isaiah 43:2 (b) says, “When you walk through the fire, you will not be scorched, Nor will the flame burn you. For I am the LORD your God, The Holy One of Israel, Your Savior.”

I believe the Son of God who walked with three young men on that day is the pre-incarnate Jesus Christ who later came to this earth to give His life for all of your sins and rescue from your problems? Even the pagan king admitted the fourth man walking along with the three young men in the blazing fire appears to be a son of god, didn’t he? By witnessing this spectacular site, King Nebuchadnezzar made a decree to all people to honor only the living God in heaven. This incident changed him inside out, and many people believed in the one and true God.

The three young men came out of their severe trial with more strength, power, great faith, stronger witness, ministry, and more spiritual fruits, didn’t they? Yes, they did!

Beloved, are you facing severe trials today? Are your faith in the living God and the savior Jesus Christ is being tested severely? Remember God promised His presence in the midst of your severe trials. Do not be afraid! The flame around you will not burn you. The presence of the Son of God, Jesus, will protect you from all harm. You will come out with no harm, and many will be amazed later by seeing your supernatural delivery and listening to your story. A child of God comes out with more power, a new vision, and new opportunities. 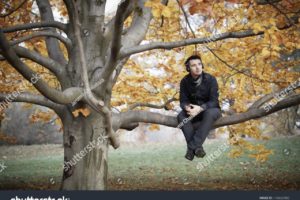 A rich but short man’s curiosity resulted in big transformation! A huge change!

A rich and short man’s curiosity resulted in a big[...]