God has a perfect and eternal plan in place. God’s plan regarding humans is well summarized in today’s insight. It says, “those He (God) predestined, He also called; He also justified; those he justified, He also glorified.”

First, God’s plan included predestination. Ephesian 1:4 says, “For he (God) chose us in him (Jesus) before the creation of the world to be holy and blameless in his sight.” Ephesian 1:11 says, “In him (Jesus) we were also chosen, having been predestined according to the plan of him who works out everything in conformity with the purpose of his will.” Therefore God chose a believer in Christ even before He created the world. Jesus said, and it is recorded in John 6:44, “For no one can come to me unless the Father who sent me draws them to me, and at the last day I will raise them up.” Jesus also said, and it is recorded in John 15:16, “You did not choose me, but I chose you and appointed you.” This is the concept of the biblical doctrine of predestination.

Now, God’s predestination or choice before the creation of the world does not eliminate the human choice of His way of salvation that is available only in Jesus Christ. There are two prominent views of predestination among Christians. The first view is called Calvinism, which says God gives irresistible grace to those whom he already chose for salvation and eternal life. The second view is Arminianism, which says people can reject God’s offer of grace through the exercise of their free choice. In Calvinism, people cannot resist God’s call because it is an irresistible call, although it includes the exercise of human free will to respond to the call.

Second, God’s salvation plan includes ‘calling.’ Our insight says those who predestined, he also called. Suppose you are chosen by God and thereby predestined before creating all (means before the creation of time as well because God created time). In that case, you will be called ‘in time’ (in the time allotted for you in history). This is the second promise of God.

Suppose you get the call to come to Jesus because God chooses people for salvation only in him (Jesus) according to Ephesians 1:4 and 1:11 and others in the pages of the Bible. You get convinced about God’s invitation to accept Jesus. In that case, you are predestined or chosen by God according to our today’s Bible insight. The right response is to believe in Jesus as your savior and Lord.
We will discuss the next two steps in the plan –Justification and glorification in the ensuing sessions.
Beloved, God invites you right now through my voice to come to Jesus and accept Him as your savior and Lord. Jesus is the only savior of humankind because He is the only one who died, buried, and rose again and paid for all of your sins by his divine and sinless blood. There is no one out there. Bible says in Romans 3 that God publicly displays Jesus and his shed blood on the cross as the propitiation/satisfaction for you. You can get forgiveness, salvation, and eternal life by placing your faith in Jesus right now. You are called. It is left you to respond to the loving invitation from God by exercising your free choice.

Would you pray after me? “Father in heaven, I understand you have a perfect eternal salvific plan. I also know your plan is in Jesus Christ. Thank you for drawing me to Jesus. I know you love me and gave Jesus for my salvation and eternal life. I accept your call and receive Jesus as my savior and Lord. Please forgive my sins and make me your child today. In the name of Jesus Christ, I pray. Amen. “ 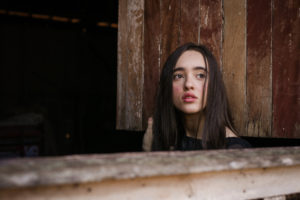 Are you fearful and worried about your future security? Discover[...]