Post Modern Society lives and thrives on condemnation tactics! In Christ, No Condemnation!

“Therefore, there is now no condemnation for those who are in Christ Jesus.” (Romans 8:1).

If we watch daily TV News, it appears, that postmodern society lives and thrives on the condemnation tactics. Don’t you agree?
“Any fool can criticize, complain, and condemn—and most fools do. But it takes character and self-control to be understanding and forgiving.” Dale Carnegie, “How to Win Friends and Influence People.”
“Condemnation feels good and it is now a staple of religion, politics, and the media (both left and right), but it changes nothing. Compassion, on the other hand, changes everything.” Robin R. Meyers, “Saving Jesus from the Church: How to Stop Worshiping Christ and Start Following Jesus.”

In one early morning hour, people gathered around Jesus, and he sat down to teach them. The leaders who are the teachers of the law brought a woman. They caught her in the act of adultery. They forcefully brought her to Jesus and asked,  “the law says to stone such women. What do you say? They were trying to trap Jesus to accuse Him later. Jesus bent down and started writing down on the ground with His finger. The leaders pressed him asking again and again. He looked and said, any one of you who is without sin throw the first stone at her. Then he bent down and continued writing on the ground. All those who heard Jesus’s words began to go away one at a time. Then only Jesus and the woman were still there. Jesus looked at her and asked where they are? Has no one condemned you? She replied, No one, Sir. Jesus said, “Then neither do I condemn you; Go and sin no more.”

You see, people around us can condemn for sins and faults. In contrast, beloved, do you know Jesus Christ has the authority and power to forgive our sins and make us a brand new creation again? The woman caught in adultery went home as a new creation because she got the touch and salvation from Jesus on that beautiful morning. Compassionate savior of the world!
Our today’s Bible insights say,“ Therefore, there is no condemnation for those who are in Christ Jesus.” Therefore connects to chapter 7. “We are not sinners because we sin, but rather we sin because we are sinners. It comes naturally.” (Greg Laurie, “The Greatest Stories ever told”). Sinful nature is the direct result of the rebelliousness and disobedience of our first parents, and we all inherited this nature from them. “Just as through one man sin entered the world, and death through sin, and thus death spread to all men because all sinned.” (Romans 5:12). Paul admits, “O wretched man that I am! Who will deliver me from this body of death? I thank God—through Jesus Christ our Lord!” (Romans 7:24-26)
They brought the woman to Jesus to condemn her and stone her to death. But where was the man? He was also equally guilty or more. But Jesus intervened- compassionately, graciously, powerfully and spared her from death by stoning.
Beautiful verse- Therefore, there is no condemnation for those who are in Christ Jesus.” Our passage assures you will never be condemned for your sins and iniquities if you are “in Christ Jesus.” Why? Jesus paid it all for you on the cross of Calvary.
Beloved, are you in Christ Jesus? Bible says either you are in Christ or you are not in Christ? There is no third alternative. Bible says before we accepted Christ as our savior, we “were separate from Christ.” At that time we were “without hope and without God in this world.” (Ephesians 2:12). But now as we accepted Christ as our savior, we are “in Christ Jesus you who were once far away have been brought near by the blood of Christ.”(Ephesian 2:13). We were separate and far away from Christ before but are now brought near by the blood of Christ.
Dearly beloved, if you are in Christ, praise and thank God you have no condemnation. If you are not in Jesus Christ, I do not want to be a bad news bearer, but the truth that hurts is this -you are under the condemnation of God for your sins. Bible says in John 3:36, ‘Whoever believes in the Son (Jesus Christ) has eternal life, but whoever rejects the Son will not see life, for God’s wrath remains on them.”
How can we be in Christ Jesus and get no condemnation? By believing in Jesus Christ. How do I believe in Christ? By praying to Him right now. I will help you to do that.
Pray after me. “Father in heaven, I heard there is no condemnation for those who are in Christ. I want to be in Christ. I do not want to be separate from Him. Please place me in Christ. I believe Christ died and then rose again for my sins. Please save me. Amen.” 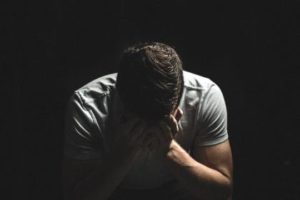