“For of His fullness  we have all received, and grace upon grace.  For the Law was given through Moses; grace and truth were realized through Jesus Christ.” John 1:16-17

When we look at Christianity today, there are two groups of people inside it.  Those who still want to live under the Law- do’s and don’ts system. The second group is the people who got a grip with the wonderful term ‘grace.’ The grace people have a ‘yes’ face written all over their face.  I believe Jesus, having the fullness of grace,  has that ‘yes’ face on him. The legalist has a ‘no’ face written all over. They live in a world of no’s and don’ts still struggling under the yoke of the slavery of the law. I see grace face in Jesus when I read the Gospels. Just a few examples are the account of the woman caught in adultery in John 8 and the sinful woman of the town in Simon’s house in Luke 7:36-50 and Peter’s restoration in John 21:15-25.  I am sure the above two women, Peter, John, and other apostles had seen the ‘yes’ and ‘grace’ face in Jesus. They became the true apostles of grace later. The sinful woman of the town was not even afraid to come to Jesus when He was a guest in Simon, the Pharisee’s house. Jesus had a wonderful grace-filled and welcoming face. And Pharisees hated it to the core because of their legalistic hearts.

Apostle Paul wrote in Galatians 1:6 about the legalists that distort the truth of the grace of Christ in these words. He wrote, “I am amazed that you are so quickly deserting Him who called you by the grace of Christ, for a different gospel.” Paul then said the manner of life he had in Judaism before the knowledge of the grace of Christ. He says he was advancing in Judaism beyond many of his contemporaries. He was zealous for the parental/ancestral traditions. He says but God who set him apart from his mother’s womb called him through His marvelous grace to reveal His Son. God called him through His grace not based on his works.

Beloved, Paul whose name was Saul before was the most religious in his city. However, all his law keeping zealousness did not change a bit until he came in terms with the grace of Jesus Christ. The more legalist he became, the more meticulously he tried to follow the way of the law of Moses, the more angry and cruel he became. He was on murdering parade killing innocent Christians. He persecuted woman and children and arrested them and persecuted them.  He was more and more thirsty of the blood of honest, truthful and helpless people.

But one day on the road to Damascus, when Jesus, who is filled with grace appeared to him and grabbed hold of his life powerfully, he understood how wrong he was all those past years. He looked inside and figured out how narrow and small his thinking was. He realized how bad he was inside though he was a law keeper, a man of no and don’ts.

Paul wrote in Galatians 3:3-4 and listen carefully to his words.  “How foolish can you be? After starting your new lives in the Spirit, why are you now trying to become perfect by your own human effort? Have you experienced so much for nothing? Surely it was not in vain, was it?”

My beloved, if you know Jesus, this is not what you would learn from Him.  You would become more gracious and loving. You would put the picked up stone down instead of hurting others with it. You will stop bruising and hurting others with your legalistic mentality undermining the grace of the Lord. When the grace of Christ triumphantly marches, the growth of legalists has already been arrested by the Lord of Grace and love. People were thirsty for grace in Jesus’s day. People are still thirsty for grace today. No one else in this world would offer grace to people other than true Christians who are being transformed by God’s grace.

Our today Bible verse is thought-provoking. For of His fullness we have all received, and grace upon grace.  For the Law was given through Moses; grace and truth were realized through Jesus Christ.” Out of Christ’s fullness of grace, you have received grace upon grace. Now you turn around and demand legalism from co-believers? The false teaching Paul addressed in the first century is still around us in our midst. They will not put their weapons down unless true Christians stand firm in the grace and truth of the Lord Jesus Christ. You started your Christian life based on heaped upon grace Christ crowned on you, don’t you?  Now you want to perfect and finish your race by your own best efforts? How foolish such an outlook, the Bible reminds. Moses gave the Law. However, more importantly, grace and truth were realized through Jesus Christ. Christ is the fulfillment of the Law.
We do not know what exact time Paul became an arch enemy of legalism after being raised and taught in that system. The grace of Christ changed him completely and totally, and he became a warrior of grace and love rather than hatred, anger and murdering spirit coming out of legalism. He may have changed on the road to Damascus when Christ appeared to him, or it could be later when he was in Arabia for three years, upon pondering what Jesus appearance meant to him. (Galatians 1:17-18).
I am glad the truth of the marvelous grace of the Lord is revealed to us in Scriptures through this man, who was once a bloodthirsty law keeper. Is this not a solemn awakening for all of us today? 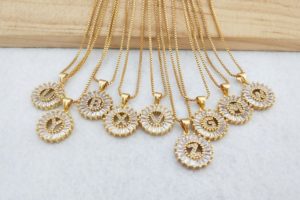 Are you a lost coin? The whole heaven searches you to find you and save you.

I want to hear God speaking, How can I know God speaks?

One of our teachbible.org readers, a well qualified young lady, [...] 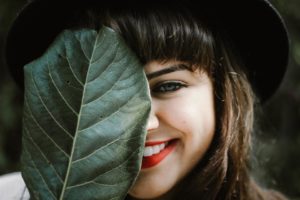 Are you afraid? Fear not and don’t be afraid!