“Blessed are those who are persecuted because of righteousness,

for theirs is the kingdom of heaven.”

Our study about the sermon of mounts wraps with two statements, one of which we will discuss today. It says, “Blessed are those who are persecuted because of righteousness, for theirs is the kingdom of heaven.”

By looking at the sermon on the mount for the last few days, we understand the world in which we live and its process is just the opposite of God’s will and desires. The world likes the proud ones, not the poor in spirit and broken. They clap their hands for the exulted, glories and rejoicing ones, not for the mourning and weeping. The world stands in unity with the pomp and strong, and not with the meek ones and it does not cheer the thirsty and hungry for right living, instead, it mocks them.

However, in contrast, those who receive God’s invitation to his Kingdom are the poor in spirit, broken, meek and thirst for right living and action and who do understand they cannot attain God’s kingdom even by their best works and efforts. They run to the cross where the savior of the world Jesus Christ died for their sins and they lean on him for salvation and entrance into His kingdom.

Moreover, being merciful, pure in heart, and peacemaking are foreign concepts to the fallen world. The reason is the ruler of this world, the devil, and his gangs (demons) are not merciful, pure in heart, and peace-oriented. He is cruel, impure in heart, divisive, and destructive in nature. Jesus said and it is recorded in John 8:44, the devil, who is the father of many people in this world was a murderer from the beginning. He does not have truth in him. He lies and is a liar from the very beginning.

What is the persecuted because of righteousness means? It means receiving persecution for doing the right thing. The Bible says, Jesus was the prime example for this and he set an example for us to follow. Listen to what the Bible says in Peter 1:18-24, “For what credit is there if you endure the beatings you deserve for having done wrong? But if you endure suffering even when you have done right, God will bless you for it. It was to this that God called you, for Christ himself suffered for you and left you an example so that you would follow in his steps. He committed no sin, and no one ever heard a lie come from his lips. When he was insulted, he did not answer back with an insult; when he suffered, he did not threaten but placed his hopes in God, the righteous Judge.  Christ himself carried our sins in his body to the cross, so that we might die to sin and live for righteousness.” Jesus did the right thing to save us. What did he get in return? Persecution and death on the cross.

I remember the way our own forefathers were ostracized even by the nominal Christian leaders because they believed in the true Gospel of the Bible and accepted Christ as their savior and Lord. Their parents forsook them, lost family inheritances because of their faith and obedience to Christ. The society where they lived and even their own nominal Christian communities and priests persecuted them and mocked them. They had to pay a big price for the righteousness that is available in Christ Jesus.

Even today true believers in Jesus Christ are persecuted severely in many countries. Recently four years ago, on a beach in Libya, 21 Coptic true Christians who professed their faith in Jesus Christ were beheaded. You see when you stand for Christ, the salvation and righteousness available in and through the shed blood of Jesus, you can expect persecutions. If they persecuted and killed the savior of the whole world, Jesus Christ, they will also persecute you is the truth a believer should keep in mind.

However, when you are persecuted for the right living available in and through Jesus Christ, one thing is certain. Yours is the kingdom of heaven. It is not the persecution that does give you entrance to God’s heaven. It is the faith in Christ that gives you permission to heaven as we discussed in last Friday’s insight. (listen to insight dated 11/22/19). However, the persecution for righteousness underlines and assures the fact that yours is the kingdom of heaven.

Got a moment for today’s prayer? “Father in heaven, I believe Jesus set an example for me to follow. Jesus did not commit any sins, did not deceive or do any wrong things. He did only the right thing to save me. However, he suffered to save me. Finally, Jesus gave his life to save me. I accept Him as my savior and Lord. Thank you for the assurance when I am persecuted for the righteousness that is available in you, the kingdom of heaven belongs to me. Thank you for the blessing and privilege to suffer for your name. In Christ’s name, I pray. Amen.” 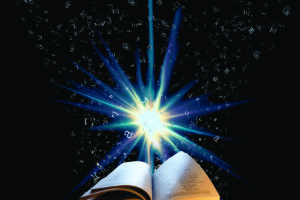 FOCUS AND BALANCE IN MISSIONS TODAY. “Missionary Strategy: Learning from[...]