The Rapture- An amazing Event

The Rapture- An amazing Event

There once was a man lived on this earth and then wasn’t because God took him. His name is Enoch. He was literally the man,  who was snatched from the earth while he was alive and  walking. Enoch was the first raptured man and he walked with God just prior to his incident.  We call this incident rapture.

Enoch was an old-testament example of how this amazing and wonderful moment in future will look like. He was there and then He wasn’t because God took him. Bible says He walked with God before God took him. One day as usual,  he began the day with no understanding that would be the day God would take him. The incident was unexpected. Bible describes this incredible moment in Genesis 5:24, “And Enoch walked with God; and he was not, for God took him.”

Another example of rapture in the old-testament is seen in Elijah’s life. Elijah was walking with Elisha and as they walked together, he was taken up by God. He was snatched out of this earth in a second. Bible says in 2 Kings 2:11, “Then it came about as they (Elijah and Elisha) were going along and talking, that behold, there appeared a chariot of fire and horses of fire which separated the two of them. And Elijah went up by a whirlwind to heaven.”

Rapture is a glorious and imminent event, that will occur in a moment- in the twinkling of an eye- in which the dead in Christ will be resurrected, living Christians will be instantly translated into their resurrection bodies, and both groups will be caught up to meet Christ in the air and taken to heaven.

This is the meaning of the definition – one generation of Christians will never pass through death’s door. They will be alive in their mortal bodies, and suddenly, in an instant, they will be translated in to their immortal and glorified bodies and taken to heaven to be with Christ for ever. The other group of Christ believers who are already died will be resurrected with immortal and glorified bodies and both groups will be taken to clouds to join Christ in heaven. Bible says in Thessalonians 4:15 (c), the first event will be the rising up of the Christ believers from grave in their immortal and glorified bodies. Along with this, instantaneously, the living believers in Christ will also be translated and both will join Christ in clouds and taken to heaven.

Though Christ announced the concept of rapture to His disciples, He didn’t give much details about this ‘mystery’ of rapture (1Corinthians 15:51), because the disciples couldn’t bear them because of their anxiety, alarm, tiredness and weakness. The disciple were deeply worried about the turn of events happened in those few days in contrary to their expectations. They thought that Christ will soon establish His kingdom on the earth in fulfillment of the Davidic covenant promises at that time, right in front of them. Now Christ told them that He will be killed, Judas one of the disciples will  betray Him, and He is going to leave them for a period of time. They couldn’t grasp all these events. To begin with, they didn’t know the differences between Christ’s first coming and second coming. Due to growing worries in the disciples, Jesus used the rest of the brief time with  them to comfort them and give them His peace (John Chapters 14, 15 and 16). In the first instance, the disciples couldn’t understand the distinction even between Christ’s first advent and the second advent. If that is the case, how can He announce or how can they understand another mystery of rapture before His official  second coming to this earth?  John 16:12 says, Jesus said to the disciples, “I have many more things to say to you, but you cannot bear them now”. Then He said He is going to give the responsibility to instruct and disclose what He couldn’t say at that time,  to the Holy Spirit,  who is to come after the departure of Christ. Holy Spirit is the Spirit of Truth who will bring to their remembrance all that Jesus said to them in a much more deep and wide fashion ( refer John 14:26). John 16:13 says, “But when He, the Spirit of Truth (the Holy Spirit) comes, He will guide you into all the truth;… He will disclose to you what is to come.” Another passage is  14:30 where Jesus said, “I will not speak much more with you, for the ruler of the world is coming, and he has nothing in Me.”

In summary, though Christ announced the future special plan of rapture to the disciples in John 14:1-3, He didn’t give more details mainly due to the fact that the disciples were heavy laden with the announcement of Christ’s departure, frustrations on their expectations, worries about their future (because they left everything- including their daily jobs and close relationships to follow Christ and now Christ is going away from them)  and their mind and body were seriously tired and weak in those last days of Jesus’s departure. John 14:1-3 is the first verse regarding the mystery of rapture in the New Testament.

As Christ promised,  the Holy Spirit whom Jesus Christ sent on the day of Pentecost, for the purpose of helping, teaching, reminding, comforting the believers in Christ  and empowering them to witness for Christ even up to the end of the word, revealed to the Church the mystery of the concept of rapture with more details. This mystery of rapture, that Jesus announced in John :1-3  is now disclosed and revealed with more information in two other places in the Bible. We will refer these passages now.

Here in this passage Paul is talking about the resurrection and  type of resurrection bodies.  He said in the Bible, “that the  flesh and blood cannot inherit the kingdom of God,  nor does the perishable inherit the imperishable (1Corinthians 15:50). Then Apostle Paul explains the mystery of rapture in these words, “Behold, I tell you a mystery; we shall not all sleep, but we shall be changed. In a moment, in the twinkling of an eye, at the last trumpet; for the trumpet will sound, and the dead will be raised imperishable, and we shall be changed. For this perishable must put on imperishable, and this mortal must put on immortality.” Please don’t confuse about the word ‘sleep’. When Bible talks about sleep , it refers to a person who experienced death. John 11:11-13, Christ said “Our friend Lazarus has fallen asleep….No was Jesus had spoken of his death, but they thought that He was speaking of literal sleep”.

This reveal how quick this event will happen. The word used here is a Greek scientific word from which the English word ‘atom’ is derived.  In Paul’s time, the atom was considered the smallest, indivisible part of matter. Thus the smallest possible length of time, the Lord will come and Christians will be changed. Secondly it says rapture will happen in the twinkling of an eye. It takes 1/50th of a second to blink an eye and a person blinks the eye 25 times in a minute. And ‘twinkling is even shorter than blinking an eye.

Paul was in the city of Thessalonica only three weeks and during this very brief time, he led many people to Christ. Due to a persecution, he was forced to leave the city and later Timothy was sent back to find out how the new believers in Christ were doing. Timothy came back and reported that the new believers in Thessalonica were standing firm in their faith in Christ, in the midst of persecution. Timothy also informed Paul that the new believers in Christ had a question related to the details of the rapture. Some of them had died and their question was what happens to those believers who died before the rapture? See, they were all waiting for the rapture based on Paul’s teaching but now few of them already died. These dear ones worried when they would see those who died? In addition, did they lose the opportunity to be with the Lord forever because of their death?

It’s interesting to note that they have already been introduced to this truth even though Paul was there with them only three weeks. Rapture was a Bible truth and doctrine from the initial stage of forming the New Testament church. In fact Paul expected the rapture would happen during his life time. This expectation is seen in 1 Corinthians 15:21 when he said, “Behold, I tell you a mystery; we shall not all sleep, but we shall all be changed”. The same Paul’s expectation of rapture happening in his own life time is seen in 1 Thessalonians 4:13-18 as well. The usage ‘we’ shows this imminent expectation of rapture.  I will talk about the immanency nature of the rapture doctrine later  in this article. You see, rapture was a cardinal Bible doctrine and Paul and early church taught from the very beginning. Rapture is not new concept introduced later in church age, as some may wrongly conclude.

Let us analyze  the passage now. Paul is answering their question about  those believers who died in In Christ.  “But we don’t want to be uninformed, brethren, about those who are asleep, that you may not grieve, as do the rest who have no hope. For if we believe that Jesus died and rose again, even so God will bring with Him those who have fallen asleep in Jesus. For this we say to you by the word of the Lord, that we who are alive, and remain until the coming of the Lord, shall not precede those who have fallen asleep. For the Lord Himself will descend from heaven with a shout, with the voice of the archangel, and with the trumpet OF God; and the dead in Christ shall rise first. Then we who alive and remain shall be caught up together with them in the clouds to meet the Lord in the air, and thus we shall always be with the Lord. Therefore, comfort one another with these words.” (1 Thessalonians 4:13-18). 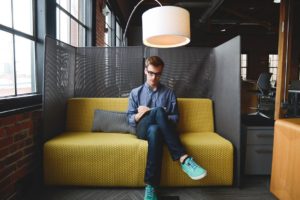 Personal failure is not the final chapter of your life. Do not get clues from people, Get cues from God and the Bible

Listen! Do not get cues from people who say you[...]