I can do all things through Him who strengthens me.

Philippians 4:12-13.
“I know how to get along with humble means, and I also know how to live in prosperity; in any and every circumstance I have learned the secret of being filled and going hungry, both of having abundance and suffering need. I can do all things through Him who strengthens me.”

The secret of strength to face life’s challenges.

Apostle Paul is writing these words during a time when he was arrested and imprisoned. He was arrested and placed in imprisonment for preaching the Gospel of Christ. But he is not complaining about his condition in the prison. In fact, this is an epistle where he expressed his joy a number of times and advised others to be joyful in the Lord, more than any other epistles he wrote. He says in verse 11, he has learned to be content and happy in whatever state he is. He learned to be full of food and go hungry. He learned to live happily at all times.

The secret of Joy and strength.

Then he says the secret of his happiness and contentment is- “I can do all things because Christ gives me strength.”
Dear friend, If Christ is in your life and if He is the source of your strength, then you can do all things-no matter what. You can face all the challenges and trials of life because the Lord gives you the strength every day and he is the source of your energy and strength. Read below the sufferings and pains that Apostle Paul endured in his ministry.

The last words of the great man of the Lord.

The Lord was with Paul through all these hardships and he stood faithful to the calling of the Lord even up to the last moment of his life. Listen the last words of this Great man of God in 2 Timothy 4:6-8, “It will soon be time for me to leave this life. I have fought a good fight. I have finished the work I was to do. I have kept the faith. There is a crown which comes from being right with God. The Lord, the One Who will judge, will give it to me on that great day when He comes again. I will not be the only one to receive a crown. All those who love to think of His coming and are looking for Him will receive one also.” He fought the good fight, finished the work the Lord assigned to him and kept the faith and he says the Lord will award him the crown of righteousness. He is ready to leave by saying mission accomplished.

Paul fought the good fight, finished the work the Lord assigned to him and kept the faith and he says the Lord will award him the crown of righteousness. He is ready to leave by boldly saying -the mission accomplished.

The Lord was with Joseph, David, and Daniel.

Joseph faced some most severe challenges and trials. The Bible says more than once ” the LORD was with Joseph so that he prospered, and he lived in the house of his Egyptian master.” (Genesis 39:2). The LORD was with him; he showed him kindness and granted him favor in the eyes of the prison warden.” (Genesis 39:21). There is nothing else you need to face the difficulties and challenges of this life. The presence and strength of the Lord were with Daniel and his three friends when they experienced severe trials. Bible says in the Book of Daniel that the Lord was right there in the midst of their trials and hardships. The Lord was with them and walked with them when they were placed in the blazing fire.  The Lord kept them safe from the mouth of the lions when they were placed in lions cave. See, they could do all things and face all things through Him who strengthened them. The Apostle Paul suffered a lot for the sake of the Lord.  Dear, the presence of the Lord in your life is all-sufficient for you as well. David says in Psalms 18:29, “With your help, I can advance against a troop; with my God, I can scale a wall (leap over a wall)”.

The Christ’s strength is all sufficient for you.

The presence of the Lord in your life is all-sufficient. David says in Psalms 18:29, “With your help, I can advance against a troop; with my God, I can scale a wall (leap over a wall)”.
Are you in prison like Apostle Paul or are you facing some other serious trials?  Be calm! The Lord is your helper and deliverer and with His presence in your life, you can say, ” I can all do things through Christ who strengthens me.” 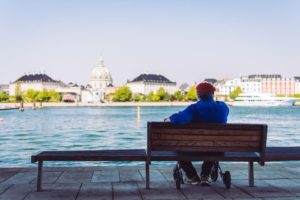 Are you discouraged? How do you encourage yourself?

Are you discouraged? How do you encourage yourself? One of[...] 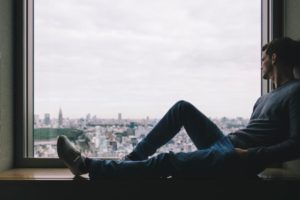 Repentance is not old-fashioned. It actually is the key to[...]