Fear God is a valuable advise

The Solomon was the wisest person ever lived on the face of the earth. But even the wisest person can go through seasons of life without a genuine fear of the Lord. Solomon disobeyed the Lord in his life by loving many foreign women and even going with them to the pagan temples to worship their god. Bible says, these foreign women he loved surely turned his heart away from the Lord. He even built altars for their pagan gods, to please his wives. God gave him all the wisdom but he chose to disobey God in the latter part of his life. This is so sad to see an individual who began very well ended up in such a pathetic condition toward the end of his life. May this never happened to us!

Judgment for not fearing the Lord and obeying His commands.

Bible truthfully describes all these details so that we can learn and avoid such pitfalls in our lives. Bible also says God finally announced His judgment on Solomon in these words, ““Because you have done this, and have not kept My covenant and My statutes, which I have commanded you, I will surely tear the kingdom away from you and give it to your servant. Nevertheless, I will not do it in your days, for the sake of your father David; I will tear it out of the hand of your son. However I will not tear away the whole kingdom; I will give one tribe to your son for the sake of my servant David, and for the sake of Jerusalem which I have chosen.” (1 Kings 11:9-13).
Ecclesiastes 12:14 says the reason why we should fear the Lord and obey His commands. For “God will judge us for everything we do, including every secret thing, whether good or bad.”
Basically, Solomon couldn’t control his lustful passions for this world and the things the world can offer. However, he learned a big lesson and shared his life’s lesson with us in Ecclesiastes 12:13. He wrote these words after describing his life’s pursuits. “That’s the whole story. Here now is my final conclusion. Fear God and obey his commands, for this everyone’s duty.”
History shows dearly and clearly that there are serious and dire consequences for not fearing the Lord and obeying His commands. Fear of the Lord is missing in our society these days. I wonder whether we are on the brink of God’s severe judgment- personal, family wise, national and Global wise. Wrath of God could upon us and our children if we don’t turn our minds back to fear and obey the Lord. Bible claims the fear of the Lord is the beginning of wisdom. Bible also says the fear of the Lord gives life.
What went wrong with Solomon? Did he lose his fear of the Lord after a while? Definitely, he feared the Lord in the beginning of his kingship in Israel. He should have learned the lesson to fear God from his father David who paid dearly for many, many years for his disobedience of adultery and murder. He should have learned that God chastens His children like human fathers disciplines their children. David knew the hardship and pain he had to go through due to the sins he committed. The book of Psalms gives us the glimpse of David’s dark days due to the consequence of his sins against the Lord. David survived Solomon should have learned from his own half- brother, Absalom who rebelled against the plan of God. Absalom was killed by the Lord due to his rebelliousness. David turned back to God by confessing his sins and survived from his failings, but unfortunately, Solomon didn’t.

What do we mean by ‘fear of the Lord”?

Our fear of the Lord comes from a high reverence for His name and his commands. God loves us and He gave His only begotten son, Christ Jesus, to save us from hell. God gives us life, health, energy, new mornings, new evenings, rain in its season, spouse, children, food. All comes from the hand of the good and loving Lord. God’s love should prompt us to fear Him voluntarily and willingly. Fear God means a holy awe, reverence and very high appreciation for Him and His word, which is the Bible.
Many examples of people are given in the Bible so that we will learn the consequences of not fearing the Lord and start living our lives in high honor of God and obeying his commands. Bible says the fear of the Lord is the beginning of wisdom; a good understanding has all those who practice it.” (Psalm 111:10).
It simply goes like this. If you have a heart of fearing the Lord and obeying his commands, Bible says you will become wiser than your friends and relatives and when you continue practicing the fear of the Lord, you will have a better understanding than the people around you. In other words, you will start making unwise and stupid decisions and actions if you don’t fear the Lord. You will lose the understanding ability if you don’t have a heart of fearing the Lord. Of course, you and I can witness several examples of unwise and senseless actions just because of the absence of the fear of the Lord in our own society (in the USA). When you fear the Lord you will have reverence toward Him and his commands that you will live differently to honor the Lord through your conversations and daily actions. Solomon failed in this and not only he but also his children paid the dangerous consequences of not fearing the Lord. Now from his own experiences, he is admonishing everyone who read his biography to keep this eternal and divine truth in his or her heart- He says this is the final conclusion after all is heard. What is the conclusion? Fear God and obey His commands, for this the divinely ordained duty of all mankind.
Ask this question to yourself- Do I fear the Lord? The fear of the Lord directs us to do some corrections in our current life style. Although David failed initially, due to the fear of the Lord, he corrected his life. But Solomon didn’t correct his life.

Today is the opportune day to make corrective actions. If something in your life today portrays an absence of the fear of the Lord, let us get rid of that action or life style– whatever dear and loving it may appear.
My friend, It is not late today to take the corrective actions, but it could be late tomorrow. God will honor your decision and you will be the most blessed person when you make the correction that is needed in accordance with the counsel to fear the Lord.

Trinity is hard to comprehend in human mind. Don’t be surprised-God is different any way! God is one. One in three and three in one.

God revealed Himself on the pages of the Bible. God[...]

Melchizedek-Who is this mysterious person?

No father, mother, genealogy, no beginning of days nor end[...] 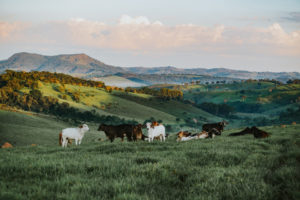 Lessons from Jacob’s life history -lesson #4. God is faithful to His promises and still disciplines

God is faithful to His promises and still disciplines. Jacob[...]