What is wrong with idols, images and pictures to use in remembering or worshipping God?

What is wrong with idols, images and pictures to use in remembering or worshipping God?

“You shall have no other gods before Me. You shall not make for yourself an image in the form of anything in heaven or on the earth beneath or in the waters below. You shall not bow down to them or worship them; for I, the LORD your God, am a jealous God, punishing the children for the sin of the parents to the third and fourth generation of those who hate me, but showing love to a thousand generations of those who love me and keep my commandment.” Exodus 20:3-5.

What we read above is the first and second commandments of the Bible the LORD God, the living God in heaven, gave to the people of Israel.

Let us break the first and second commandments into different parts:

Do we know what is wrong with images and Idols?

Secondly, when God looks at it, the idols or images do not represent any of His power or attributes. They are just idols or images made by people. Whatever elegant or beautiful an image or an idol man makes of God never shows the true image of God. Noone has ever seen God (John 1:18 (a) and John 4:12 (a). God is the spirit (John 4:24). Then how is it possible to create an image of God?
Thirdly, the idols or images simply provides a lie about the creator God. Bible says in Romans 1:23-24, “And changed the glory of the incorruptible God into an image made like to corruptible man, and to birds, and fourfooted beasts, and creeping things.” Then verse 25 says, “Who changed the truth of God into a lie, and worshipped and served the creature more than the Creator, who is blessed forever.”
Basically, it becomes a practice of lie about God because His glory, attributes, and power can never be fully represented by an idol, image or picture.

Thirdly, in the same way, the picture or image of Christ is a lie in the sense that it shows only His human side while Christ is divine and God. The images or pictures of Him does not show the full truth about Christ – his divine power, his glory or his resurrected body with all its majesty. The images and pictures are prohibited because they do not communicate the full truths about God or Jesus Christ. Bible says in Revelation 1:17 when John saw Jesus Christ after His resurrection, “And when I saw him, I fell at his feet as dead. And he laid his right hand upon me, saying unto me, Fear not; I am the first and the last”. Read more about Christ’s appearance in verses 12-16, “And I turned to see the voice that spake with me. And being turned, I saw seven golden candlesticks; And in the midst of the seven candlesticks one like unto the Son of man, clothed with a garment down to the foot, and girt about the paps with a golden girdle. His head and his hairs were white like wool, as white as snow; and his eyes were as a flame of fire; And his feet like unto fine brass, as if they burned in a furnace; and his voice as the sound of many waters. And he had in his right hand seven stars: and out of his mouth went a sharp two-edged sword: and his countenance was as the sun shineth in his strength.”

When people stand in front of the picture or image of Christ, the picture reminds us only of His humanity in the form of a man. But Christ is God and who can truly make an image of Christ our Lord? No one. This is the reason for the second commandment, “You shall not make for yourself an image in the form of anything in heaven or on the earth beneath or in the waters below. You shall not bow down to them or worship them; for I, the LORD your God, am a jealous God.” In fact, Idols, images, and pictures made by man degrade Him because these do not truthfully portray the nature of the true God.

Fourthly, God reminds again the danger of making an idol, image/likeness of any shape in Deuteronomy 4:12, “Then the Lord spoke to you out of the fire. You heard the sound of words but saw no form; there was only a voice.”  He is reminding them when the LORD God gave all the commandments from the mount Sinai, they heard only a voice, they did not see a form.

Here again the making idols, images or any likeness of God is strictly prohibited  in verses 15-19 by saying this, “You saw no form of any kind the day the Lord spoke to you at Horeb out of the fire. Therefore watch yourselves very carefully,  so that you do not become corrupt and make for yourselves an idol, an image of any shape, whether formed like a man or a woman,  or like any animal on earth or any bird that flies in the air, or like any creature that moves along the ground or any fish in the waters below.  And when you look up to the sky and see the sun, the moon and the stars—all the heavenly array—do not be enticed into bowing down to them and worshiping things the Lord your God has apportioned to all the nations under heaven.”

What more clarity we need regarding the dangerous consequences God gave us regarding making or bowing down in front of  idols, images or any likeness of God? 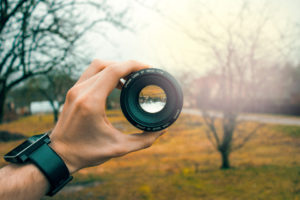 Do not live in failure -God gives new beginnings

Do not live in failure- God gives new beginning “Thus[...]