WILL THERE BE RAPTURE AS SO MANY IN THE WORLD HAVE TOLD YOU, IS THIS TRUE OR FALSE?

Thank you for a good question. Many have some confusion about this topic for sure. Let me try to help you to understand briefly the doctrine of rapture as found in the Bible. I believe the rapture is a true doctrine found in the Bible. The rapture of the church (all believers in Christ) is a glorious event when all the Christian  believers – those who are already dead and those who are living will be snatched away to clouds and then to heaven with the Lord Jesus Christ before His second coming in to this earth. The main rapture passages are John 14:1-4, 1 Corinthians 15:51-53  and 1 Thessalonians 4:13-18. This is the blessed hope of the church as illustrated in the Epistles (For Ex. Titus 2:13). Rapture and the second coming of Christ are two separate events according to the Bible. A careful reading of the Bible shows us one more thing – the rapture of the believers in Christ will happen before the tribulation period. This is called the pre-tribulation position, which means simply rapture will happen before the beginning of the seven-year tribulation period.
I understand true believers have different positions in the matter of rapture or timing of the rapture. Some believe in pre-trib rapture, others believe in mid trip (Middle of the tribulation) or post trib rapture (after the great tribulation). However, I believe “rapture” is the true doctrine in the Bible and it will happen before the great tribulation (pre-trib). The plain reading of the Bible and especially the  book of revelation helps you to come to this conclusion.

The outline of the book of revelation is in chapter 1:19. “Write the things which you have seen, and the things which are, and the things which will take place after this.” What John has seen is chapter 1 (about glorious risen Jesus), things that are (present age -church age 2-3)and the thing that will take place after this (church age) is chapter 4-22. The “blessed hope” of the believers repeatedly found in the epistles are not the hope found in the great tribulation. There is no hope in tribulation, read the horrible things going to happen in this Christ-rejecting world after the rapture of the church. Revelation 2-3 talks about the span of the church history with Christ’s messages for the church. Chapter 4:1 verse says come up here- the church is taken up into heaven (rapture) and chapter 5 church (the redeemed by the blood of Christ are in heaven worshipping God). Many theologians have of the opinion that ‘the twenty-four elders’ in chapter 5 of the Book of Revelation represents the Church. We can understand this based on the reason of their worship.

They fell down before the lamb and sang, “You are worthy to take the scroll
and to open its seals,
because you were slain,
and with your blood, you purchased for God
persons from every tribe and language and people and nation.

You have made them to be a kingdom and priests to serve our God,
and they will reign[b] on the earth.”
Their salvation from all the tribes, nations and languages is the reason for their worship. Therefore, the church must be in heaven at this point and the believers are worshipping the lamb and God. Another point is this – there is no mention of the word ‘church’ after chapter 5 because the church is absent here in the earth when Christ unleashes his seal, bowl and trumpet judgments on this wicked earth beginning in chapter 6.

One thing the Lord make sure is to take the church away from this earth, the one that is bought by His own precious blood to his side in heaven before He unleashes his wrath on this Christ-rejecting earthy. Ephesians 5:25-27 explains the deep and tender love and care of Christ for the church. It says, there, “Christ also loved the church and gave Himself for her, that He might sanctify and cleanse her with the washing of water by the word, that He might present her to Himself a glorious church, not having spot or wrinkle or any such thing, but that she should be holy and without blemish.” In addition, Church is mentioned as the bride of Christ and Christ the bridegroom will never allow His bride to experience the horrible things that are going to happen in this world during the tribulation period. That is not the love of Christ we know about. I have so many things to tell you from the Bible. But in short, a plain and careful reading of the book of revelation and other parts of the scripture will lead you to the conclusion that the doctrine of the rapture is true and it can happen anytime but will be before the tribulation time on this earth. Even in the OT we can see the shadow of rapture in Enoch and Elijah. These are the some of the pre-shadows of rapture in the old testament. Bible shows us a pattern of God protecting his own dear ones before destructions. Lot (Abraham’s nephew) was safely taken out of Sodom before the LORD destroyed that city. Genesis 19:22 says the angel said to Lot, “Hurry, escape there, for I cannot do anything until you arrive there. Therefore the name of the town was called Zoar.” The same thing is definitely the blessed hope of His beloved bride, the Church.

Then he says how Lord is going to accomplish this in 1 Thessalonians 4:13-18. This is one of the rapture passages clearly talking about the rapture of the church. He says in verse 18 that thus we shall always be with the Lord. Therefore comfort one another with these verses. As you know there is no comfort in the coming tribulation time period. But we can comfort one another in the fact that believers in Christ will be taken on the day of rapture before the great tribulation. See the outline of the book of Thessalonians. After assuring the rapture of Christ’s believers, in chapter 5, he talks about what is going to happen after the rapture of the church. He says in the very next chapter (5) this, “But concerning the times and the seasons, brethren, you have no need that I should write to you. For you, yourselves know perfectly that the day of the Lord so comes as a thief in the night. For when they say, “Peace and safety!” then sudden destruction comes upon them, as labor pains upon a pregnant woman. And they shall not escape.” Did you notice, for when they say, Peace and safety, sudden destruction will come upon them (not on the believers in Christ but on the unbelievers)? They (not us) shall not escape from the coming, sudden destruction time of the tribulation.

I know this topic could get confused and there are genuine believers who are either side of this argument. However, The Bible and the Holy Spirit will lead you to the truth if you study wholeheartedly.

Even Paul thought that the rapture will happen in his lifetime when he said: “then we who are alive and remain shall be caught up together with them in the clouds to meet the Lord in the air.” (1 Thessalonians 4:17). Another time Paul included himself in the rapture is when he said in 1 Corinthians 15:52 when he wrote, ” in a moment, in the twinkling of an eye, at the last trumpet. For the trumpet will sound, and the dead will be raised incorruptible, and we shall be changed.” Both times he said, “we” including himself in the rapture incident. This is why we say rapture is imminent. It means there no pre-condition or pre things to happen before the rapture. Bible says rapture could happen any time without the fulfillment of any pre-conditions. Rapture was the doctrine from the very 1st century and it was not an invention later after few centuries as some suggest. If the rapture happens only in the middle of the tribulation or at the end of the tribulation, then it is not imminent which means tribulation should start (as a pre-condition) before the rapture happens. In other words, tribulation should happen before the rapture occurs. But apparently, these passages in 1 Thessalonians and 1 Corinthians proves two things- (1) rapture is taught in the first century (2) it is described as an imminent thing- could occur any time with no pre-conditions attached to it. Paul thought it will happen in his life time according to his writings.
The sudden destruction of tribulation can start immediately without notice, but the fact is the Church, whom Jesus Christ loved and bought with His own blood,  will be taken to safety with Him in heaven before He releases the seal, bowl and trumpet judgment on this earth. 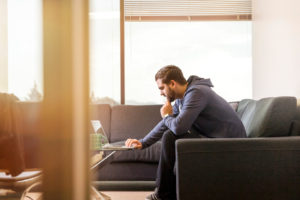 A time of reflection and taking inventory of life is[...]

Christ delivers the kingdom to the Father God. “There is[...]