One distinguishing fact of the faith warriors.

Beloved, you may have known many people of great faith around the world, don’t you? Each of such great men and women of faith was different in their looks, styles, colors, languages, and how they present their topics. Every one of them was different from others. Additionally, take a look at the faith warriors described in Hebrews 11. Abraham, Jacob, Joseph, Moses, Gideon, Samson, David, Samuel, Rahab, Jeremiah all were different from each other.

However, did you notice one thing common in all of them? When God asked them to do certain things, they stepped out and did it without hesitance. This is the one distinguishing trait that differentiates them from ordinary people.

The things they did could be small or big. But God asked, and they did it without hesitance and delay. Our today’s Bible insight says, “Then Ananias went to the house and entered it.” Ananias was an ordinary disciple who believed in Jesus. Paul later says in Acts 22:12 about Ananias that he was a godly man, devoted to the law and regarded by all Jews. Lord Jesus called Ananias in a vision and commanded him to “Go to the house of Judas on Straight Street and ask for a man from Tarsus named Saul, for he is praying.  In a vision, he has seen a man named Ananias come and place his hands on him to restore his sight.”  Ananias, because he heard many bad things about this cruel man who persecutes and kills the Christians, said to the Lord that he heard a lot of bad things about him and how Saul came there to arrest all who believe in the name of Jesus. Then Jesus said to Ananias, “Go! This man (Saul, who became Apostle Paul later) is my chosen instrument to proclaim my name to the Gentiles and their kings and the people of Israel.  I will show him how much he must suffer for my name.” Acts 9:13-16

Now Ananias went to the house where Saul was and entered it. He placed his hands on Saul and prayed for Him. He said to Saul that the  Lord Jesus sent him so that he may get his eyesight and filled with the Holy Spirit of God. Immediately something like scales fell from Saul’s eyes, and he could see again. He got up and baptized and regained his strength.

Beloved, Saul was on the wrong path breathing out murderous threats against the Lord’s disciples. On the road to Damascus,  with his authority from the Chief Priest, he would arrest the believers in Christ and bring them as prisoners to Jerusalem. Suddenly a light from heaven flashed around him. Saul fell to the ground and lost his eyesight. He lost his strength. Saul heard a voice when he fell, “Saul, Saul, why do you persecute me?” Saul asked, “who are you, Lord?” “I am Jesus, whom you are persecuting,” he replied.  “Now get up and go into the city, and you will be told what you must do.” This was a command from the Lord. Saul obeyed immediately and went to the house of Judas on Straight Street. Lord Jesus arranged this poor disciple Ananias to go and see him and pray for him.

Beloved, both Saul and Ananias instantly obeyed the command of the Lord. May I ask you, what is the Lord asking you to do? If he asks you to do something, will you step out and do it? If the nation’s law is demanded, not asked as a favor, how much more the command of the King of kings and Lord of lords-Jesus Christ-demands our obedience? His eternal kingdom endures forever, and His kingdom rules all from His throne in heaven. Lord is not proposing a favor from you. He commands what he wants you to do for him. Do not delay. Do not procrastinate. Step out and do it as the great men and women of faith did it in the past.

“Father in heaven, Help me to do what you ask me to do without delay. Lord, help me to lean on you for divine strength and wisdom. I want to walk my faith by obeying your commands. Most of all, I know you want me to get saved by believing in Christ Jesus as my savior and Lord. I believe Jesus died, buried, and rose again for my sins. I invite Jesus into my life. Please forgive my sins and purify me and help me to take baby steps of faith in obeying you. In the name of Jesus Christ, I pray.” 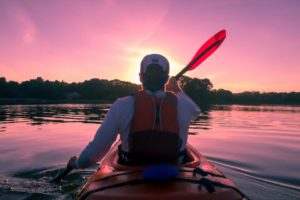 An Opportunity that Goes far Beyond your Lifetime Knocks at your Door!

An Opportunity that Goes far Beyond your Lifetime Knocks at[...]